Caisteal Grugaig is a fine example of an Iron Age broch. It stands on a rocky knoll overlooking Loch Alsh in the western Highlands.

What is a broch?

A broch is a drystone roundhouse tower of a type only found on Scotland’s Atlantic coast, throughout the Highlands in the Northern Isles. They had several floors connected by stairways and passages built into hollow, double-skinned walls.

Brochs were prestigious defensive structures – and they also demonstrated land ownership and tenure. If your family owned a broch, you were part of an Iron Age elite!

Archaeological sites and historic structures are fragile. Once lost, they are gone forever. That is why it is so important to identify, record and assess surviving remains to help us conserve them.

Much of the upper structure of Caisteal Grugaig has already been lost. However, the remains include walls standing up to three metres high, a huge triangular lintel over the low entrance and a well-preserved ‘scarcement’ (a ledge around the inner wall that would have supported an upper floor). 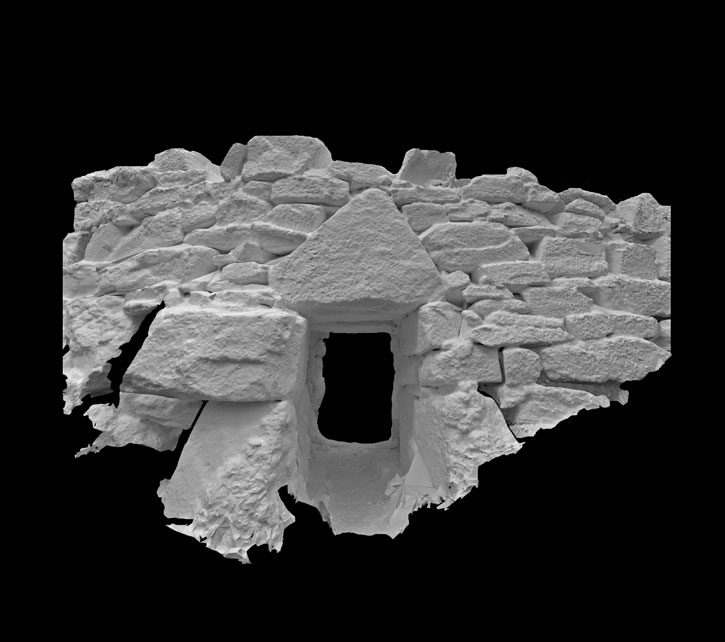 A rich historical record of the broch already exists. The antiquarian, Sir Henry Dryden, produced several detailed drawings in the 1870s; and the archaeologist Angus Graham produced a written description and complete photographic record in 1949.

To enhance these records, we commissioned a measured survey of the broch in 2010 using modern techniques. Experts used laser scanning technology to create detailed plans and 3D elevations.

The below video shows the laser survey: