Do you picture Victorian adventurers in ancient Egypt when you think about a new archaeological discovery? Now imagine finding an Iron Age fort in a Scottish forest as recently as 2010.

One of our forest rangers discovered the well-preserved ‘dun’ at Comar Wood near Cannich in Strathglass. Although there were some local stories about the structure, it had never been recorded on maps. The exciting find stopped our large forestry machines in their tracks! 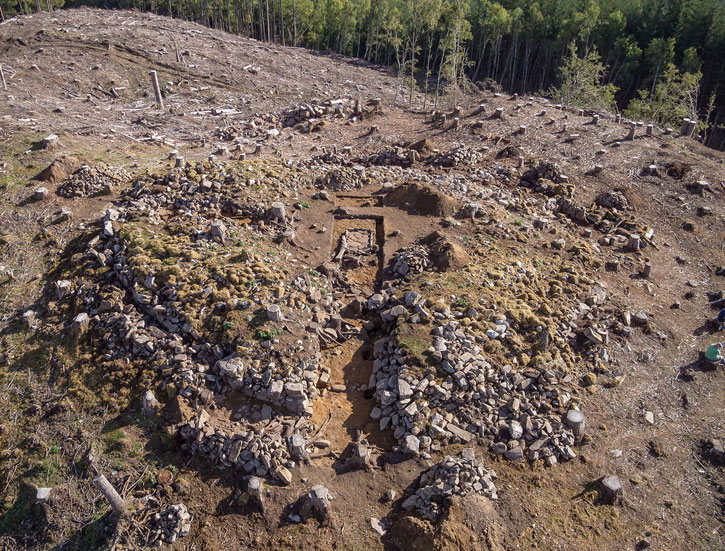 We carefully felled the mature Douglas fir trees covering the dun and slowly lowered them to the ground on ropes. Only then were the machines allowed on site – we needed their power to carefully lift and move the huge timbers.

Archaeologists then started to excavate the site to investigate what remained. It turned out to be the remains of an Iron Age galleried dun. Radiocarbon analysis dated occupation to between 400 BC and AD 200. 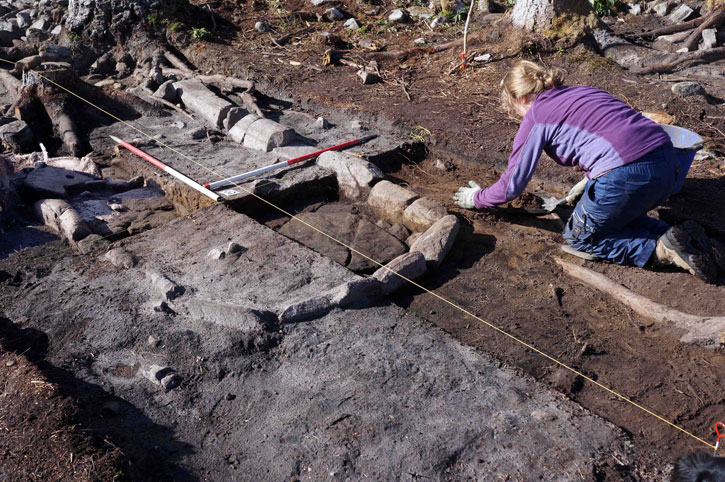 What is a dun?

Tree roots had caused some damage to the masonry but much remained intact – including an impressive central stone hearth. Although there are no plans to excavate the site further, detailed surveys and conservation reports will influence our forestry work plans for the area.