Looking after archaeological sites that are more than 2000 years old isn’t easy... especially when they are underground! Cracknie souterrain is in Borgie Forest in the far north-west of Scotland.

What is a souterrain?

A souterrain is an underground stone-lined cellar, usually dating from the Iron Age. The word comes from the French sous terrain, which means ‘under ground’.

The souterrain at Cracknie is a particularly good example. It leads from narrow entrance on the surface and curves for more than 13 metres underground to an end chamber. It was thought to been used to store food – most likely meat and cheese.

Take a 3D journey through the Cracknie souterrain:

With no architects’ drawings to help, state-of-the-art survey techniques have allowed us to create a detailed record of its construction. The modern laser scan survey shows the well-preserved walls and roof lintels – a tribute to the Iron Age builders who did not use mortar and who built the roof from large overlapping slabs.

Similar laser scans, 3D graphics, photographs and written statements will help us look after similar structures on the land we manage across the country. 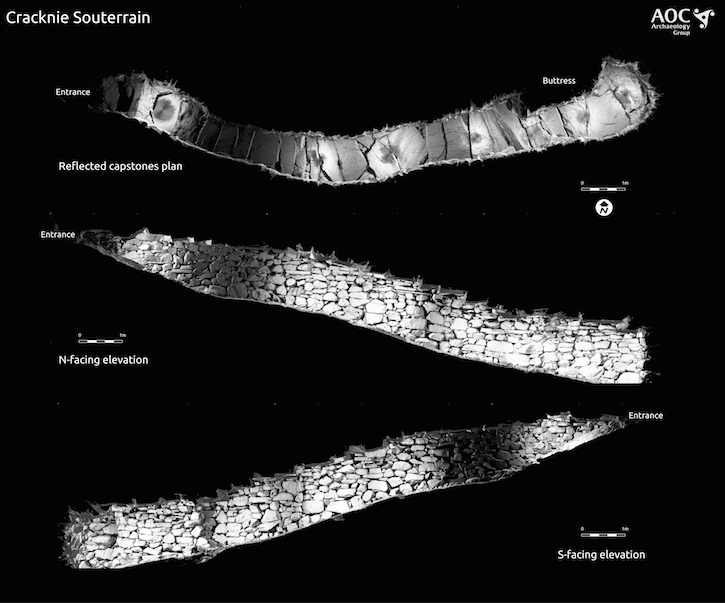