Britain needs wood
Back to
Historic woodland use

During the 19th century Britain grew as an industrial nation. As a result, wood was in high demand for fuel and building. Rather than developing its own forests Britain became increasingly reliant on foreign wood to meet its growing needs.

From the outbreak of World War I, Britain could no longer count on foreign wood. Overseas supplies were cut off due to blockades by enemy ships. Britain had to rely on its own limited wood supplies, mainly privately owned forests, and by the end of the war Britain's forests were devastated. 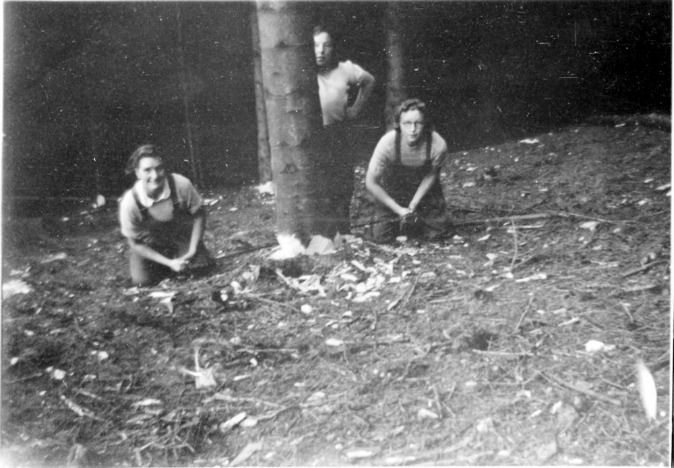 Start of the Forestry Commission

The Forestry Commission was established in 1919 to expand and develop state forests so that Britain would never be in this situation again. Unfortunately, no one could have predicted that World War II would begin only twenty years later, leaving little time for Britain to restore its lost forests. In 1939 only 4% of the wood used in Britain was homegrown.

Wood was an important wartime resource. In 1943 the Forestry Commission calculated that for every soldier five trees were required to allow that soldier to fight. Again, Britain had to rely on its private forests, mainly located in the Highlands of Scotland.

In both wars Britain looked to their allies to help cut down trees as most British men were away fighting. Forestry is a skilled and difficult job and expert woodsmen from both Canada and Newfoundland came to Scotland to help. In addition, to ensure the supply of wood was maintained, the Women's Timber Corps was established.