Puiteachen cottage
Back to
Historic woodland use

On the edge of Puiteachen forest stand the solitary remains of a dwelling: Puiteachan cottage. If trees could speak, what would they tell us about the people who lived here?

Many of the trees in this pinewood forest are called veteran trees; compared to many Scottish forests they are very old. Some of these trees would have stood when the cottage was full of life and activity.

Pollarding in the past

At Puiteachen there is evidence for old oaks, alders, ash, birch and Scots pine. These trees tell us how people used the forest in the past, as many of them show signs of pollarding. This woodland management technique involves cutting the tree trunk down to a low height to encourage more branches to grow from the trunk.

This is sustainability in action, allowing the forester to harvest poles of wood, without needing to cut the tree down dead.

Many of the old pine trees have axe marks. These are not a sign that a person failed to cut them down: it was a technique used to tap resin from the trees. People lit the resin and used it as a light instead of candles. 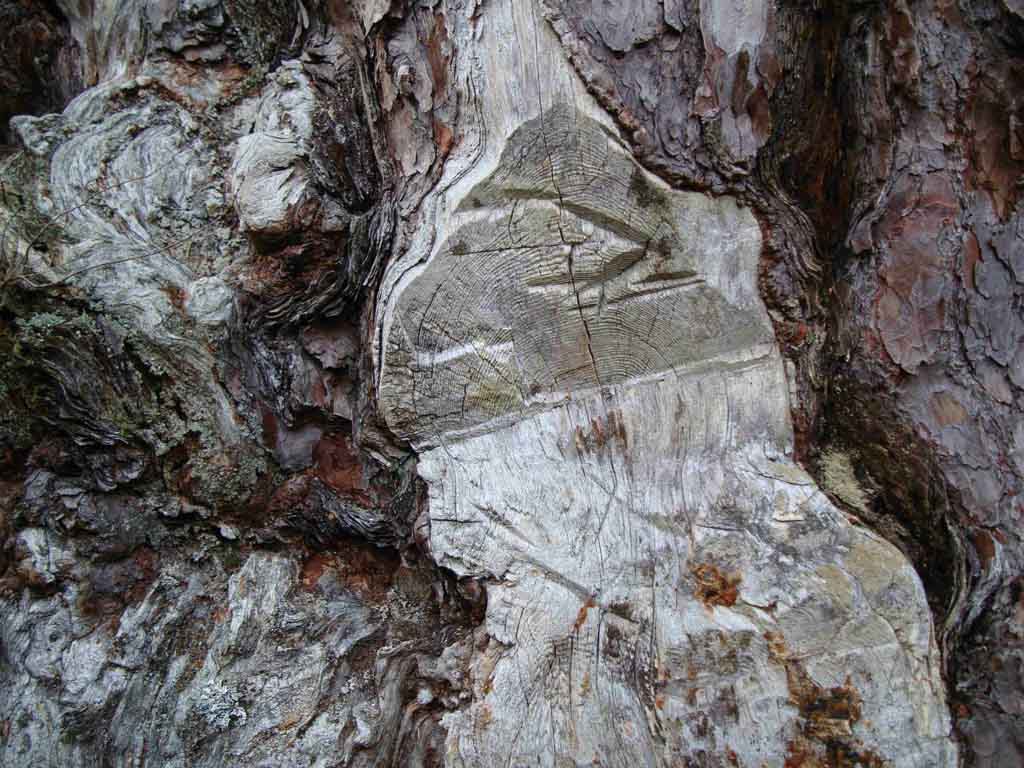 Two further structures here may relate to the wood's past use; a possible charcoal platform, similar to the ones found at Bonawe, and a saw mill pit for cutting up wood. Both these structures need further investigation before we can confirm their use.

At cottages such as Puiteachen, landlords controlled their tenants' use of many natural resources.

A lease would list exactly what a tenant's privileges were and what access they had to the estate's natural resources; for example, it might state that they could fish a certain section of a river. The tenant's access to timber was not an exception.

Puiteachen forest was on the Lochiel Estate. During the 17th and 18th centuries, many landlords realised there was money to be made by selling wood as fuel or for ship building. 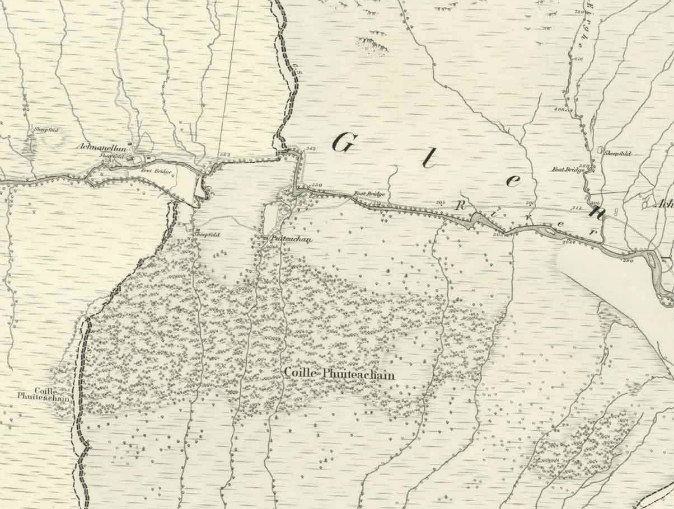 The 1st edition Ordnance Survey 6-inch map shows by 1875 Coille Phuiteachain has expanded; the cottage Puiteachean is built and lived in. By 1905 (the 2nd edition map) the cottage has been abandoned.

Forests also made excellent places for keeping game such as deer. By the 18th century, as in many other areas of Scotland, the woods of the estates had been mostly enclosed. Once walled off, tenants were not permitted to use these woods.

Estate records show, however, that nearby tenants were using the trees at Puiteachen forest. One tenant, from nearby Achnacarrie, cut twenty trees.

While some tenants did have a legal right to wood, most did not. It is thought that when Lochiel lost his lands due to his involvement in the Jacobite uprising, all control over this wood was lost and for a short while people could help themselves.