Polish Forces in Scotland
Back to
World War Two

In September 1939, Germany and Russia invaded Poland. Many Poles escaped and continued to fight for their country in other parts of the world, including Scotland.

After the invasion of Poland, the Polish government went into exile. It reorganised those troops who had managed to escape into a new army, which fought in the defence of both Norway and France.

After the fall of France, Polish troops were evacuated alongside the British from Dunkirk. Once they arrived in Scotland, the Polish created the 1st Polish Army Corps. The army was under the command of Generals: Stanisław Maczek and Marian Kukiel.

The Polish forces helped build and man anti-invasion defences along the Scottish coast, including at Lossiemouth and Tentsmuir.

Expelled from their homeland, the Polish set up their government in London. Polish pilots fought in the Battle of Britain and the Polish Army fought under British command throughout the war.

The Polish troops were popular in Scotland:

"I can remember marching up Sauchiehall Street [Glasgow] and the welcome we received in our new uniforms,"

Dr Kazimierz Piotr Durkacz in Henderson’s The Lion and the Eagle, 2001.

In 1945, the war ended but many Poles could not return home.  The Soviet Union and communism had taken control of their homeland.  Many families sent word to loved ones to stay in Scotland. 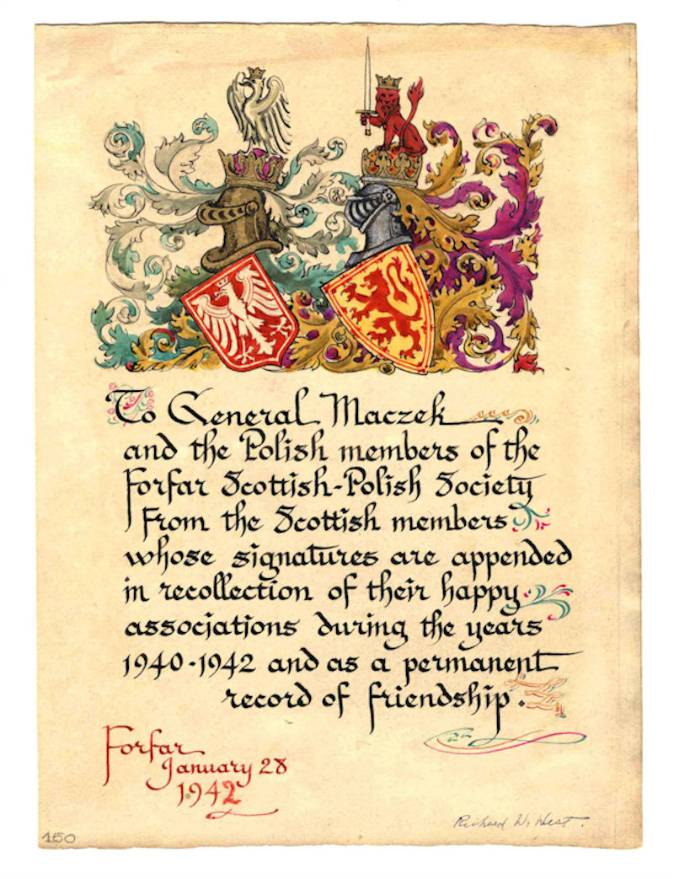