The work of a Lumberjill - Christina’s tale 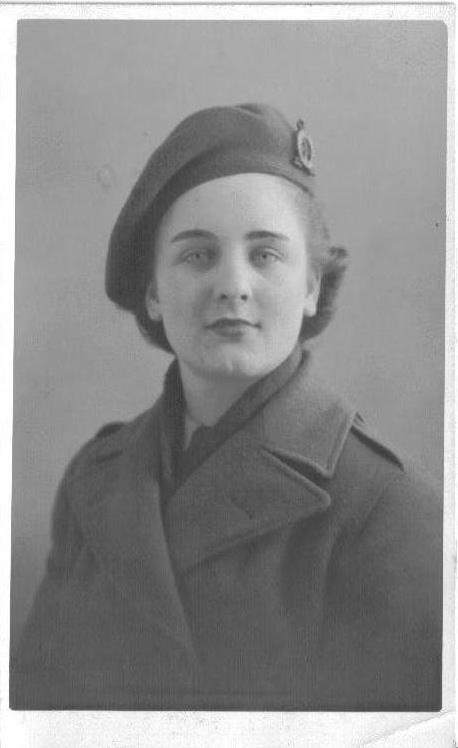 Christina Forrester, née Edgar, from Glasgow, was just 19 when she volunteered into the Corps back in 1942. At the time she was working in the office at Clark and Sons in Dalmarnock.

After a month’s training at Shanford Lodge in Brechin, Christina had learned how to cut down trees manually with axes and saws. She was then sent to Alyth, near Dundee, along with two other girls who had joined up at the same time.

They all lived in Nissan huts before moving into part of Bamff House which had been commandeered for the war effort. The house was four miles from the village and they used to walk in and back to get eggs or to go to the dancing. A major highlight for the lumberjills was Jimmy Shand and his band playing there once a month.

"When I went into the Women’s Timber Corps, I really didn't know what was ahead of me," Christina said, recalling her first few days as a lumberjill.

"People didn't travel much in those days and moving from the Glasgow area to Perthshire seemed far away from family and friends. But everyone felt the same as they came from far and wide too.

"We all supported each other when someone was homesick or unwell." 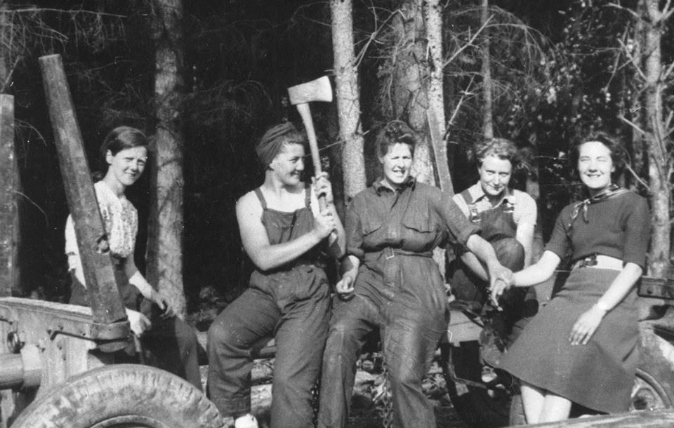 Breakfast was at 7am and they were given a tin box with sandwiches for lunch. They worked until lunch, then again until 5pm, when a lorry took them back. It was early to bed unless they had a trip to the village arranged.

The prisoners of war worked with them until they were taken back to their POW camp at Balharry. Christina often drove a tractor to pick up trees which had been measured and the larger ones for railway sleepers or pit props went to the sawmill - branches were burned.

She used an axe and a crosscut saw for felling the trees. Christina was allowed a summer holiday when she went home to her parents in Glasgow on the train.

"You had to get used to being told what to do and when to do it although it wasn't too regimented," Christina said. "Leisure time was a Sunday and there was dancing on Friday and Saturday night. The girls all walked four miles to and from the dances except when Jimmy Shand was playing and we were allowed a lift, in all our finery, on the back of a lorry!

"When the camp was disbanded in 1944, two of us were kept on and had lodgings in the village of Alyth. That was luxury. It was a great part of my life with many fond memories."

Christina stayed in digs in Alyth for the last two years of her time with the Corps as the other girls were sent to other camps.  Finally she returned home to Glasgow in Autumn in 1945 and met Jim Forrester, who was to be her husband for 50 years.

In 2007, Christina and many of her fellow lumberjills all visited The Lodge Forest Visitor Centre in Aberfoyle to celebrate the Women’s Timber Corps and to watch the unveiling of the bronze lumberjill statue.

Sadly many of the 'Jills' are no longer with us. However, Christina and her two daughters Irene and Christine were special guests of honour at a small Armistice Day reception at The Lodge in November 2014. 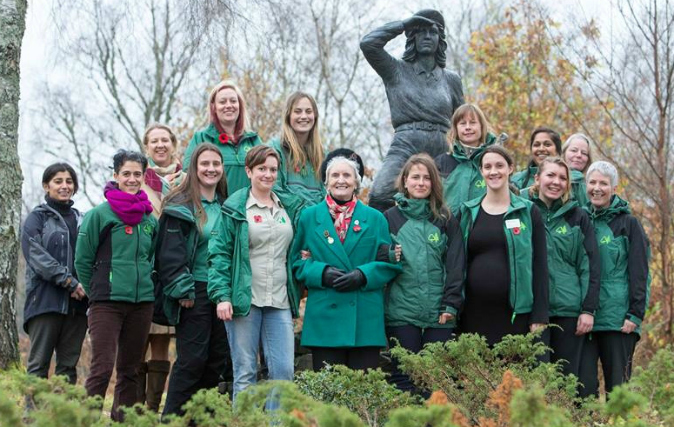 Christina swapped fascinating tales of her time as a lumberjill with her modern day female equivalents within Forestry Commission Scotland.

Christina’s tales of being a lumberjill have hit the media headlines many times. Listen to BBC Radio Scotland interview her, aged 91, about her fascinating memories.