With its postbox-red ‘eyebrows’, blue-black feathers and distinctive cackling cry, the male black grouse is one of nature’s eye-catchers. Meanwhile the female, called a greyhen, quietly gets on with laying the eggs and raising the chicks, her grey-brown plumage camouflaged in the heather. Sadly the black grouse is the one of the fastest declining birds in the UK.

We’re part of a conservation effort in south-west Scotland with Galloway Glens and the RSPB to take positive action to help these endangered birds. 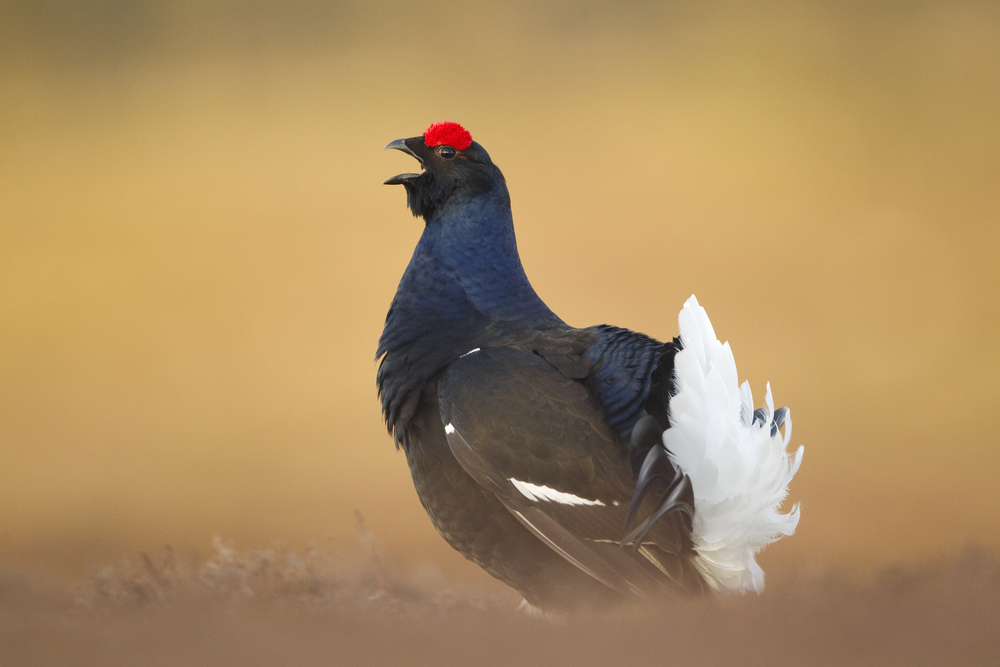 Funding from Galloway Glens allowed the RSPB to create a Black Grouse Project Officer who, over the course of several years, monitored numbers of these birds and their mating activities. Data gleaned from these observations were then factored into our land management plans.

We know that the abundance of coniferous forest, replacing open space and woodland fringe habitat, has contributed to negatively impacting the black grouse. In recognition of this, across Scotland, we are actively making our forests more diverse to aid all biodiversity, including black grouse. In Galloway however, we’ve taken more steps specifically to help the black grouse population as this is one of the remaining core zones in Scotland that still holds relatively good.

An area near Clatteringshaws, around 85 hectares (or 130 football fields), underwent extensive restoration between 2018 and 2019. This included the removal of many non-native conifer trees to return the land to a mosaic of habitats. Since then, we’ve seen black grouse return to this area in both of the last two years. However, the story is far from over. 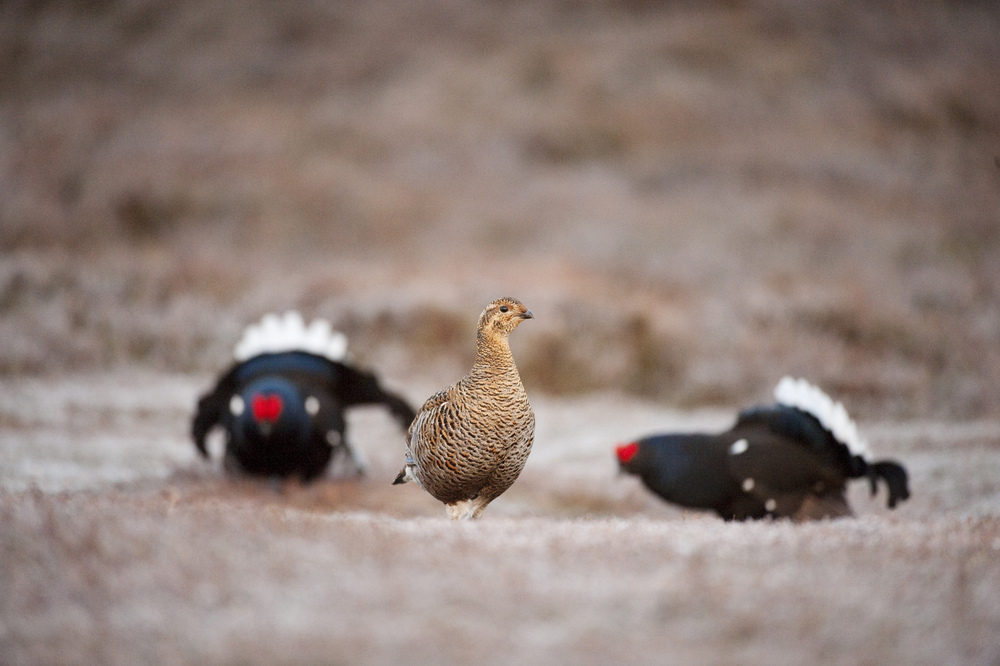 Staff and volunteers spent around 200 hours in the spring of 2021 looking for black grouse during their annual lek. This mating display is acknowledged as the best way to gauge the number of breeding birds present. Whilst many grouse were either seen or heard, some known lek sites appeared to not have been in use. This made it unclear if the population had suffered further decline due to a lack of chicks surviving into adulthood.

Ultimately, the work done so far is only a start and ongoing monitoring is essential. If the black grouse is to thrive, more land needs to be managed on a large scale with its needs in mind. We have worked with Galloway Glens, the RSPB and the Black Grouse Project Officer to create grouse management plans. These will allow both us at FLS, and other land owners, to manage land sympathetically to the needs of the black grouse.

Only time will tell the success of these plans, but we’re proud to be doing our part to help this iconic bird.

About the black grouse

Where do they live?
Black grouse need a complex mosaic of different habitats. They’re often found on the fringes of upland heather moors and native woodland.
What do they eat?
Adults graze on the shoots and buds of larch, birch and heather as well as the berries of hawthorn, rowan and blaeberry. Young chicks feed on insects.
When is the best time to see them?
You may see them all year round. To avoid disturbance during the peak sensitive period try to avoid walking the open heather moorland between May and July (breeding and nesting). Also be sure to follow the RSPB Birdwatchers' Code at all times.
Between April and May (when the lekking period reaches its peak) choose a public path or forest road low down in a glen surrounded by open ground high up on the hill. If you’re lucky and the weather is calm then you can often hear the males unique bubbling call up to 1km away.
How do you know if you’ve seen one?
You might accidentally flush black grouse and see them taking off in alarm with fast, regular wingbeats. The white wing stripe is clearly visible in flight.
Where might you see them?
Good places are Glenmore Forest Park within the Cairngorm National Park, and Galloway Forest Park in the south west. You could also see them in other upland areas across Scotland and Wales.
What clues you might see?
Grouse have been known to fly into tall deer fences, so to combat this in areas where grouse are present we make our fences highly visible with diagonal and upright reflective batons (known as grouse markers), or brightly coloured netting. If you see a marked fence there’s a good chance that black grouse and / or capercaillie may be nearby.