Scotland has 30 butterfly species to look out for – although some are easier to spot than others.

In fact, some are so rare, we’ve had to bring in a secret weapon to help save them from extinction... Highland cattle.

When you see one of these great beasts up close, it’s hard to believe they can help delicate butterflies like the chequered skipper and the pearl-bordered fritillary. However, conservation grazing is having an amazing effect.

The chequered skipper was declared extinct in England in 1976. Today, it’s only found at a handful of sites near Fort William – but numbers are on the rise, thanks partly to our herd of Highland cattle.

The cattle thin the vegetation and trample the bracken to make way for the food plants that the tiny chequered skippers prefer. Purple moor grass provides food and shelter for the caterpillars, while adult butterflies feed on nectar from bramble and bugle.

Although not as rare, the pearl-bordered fritillary is also in serious decline. The woodland clearings and rough hillsides of Northern Scotland are some of its last strongholds. Here, the cattle are breaking up the bracken to encourage the growth of the caterpillars’ main food – common dog violet. 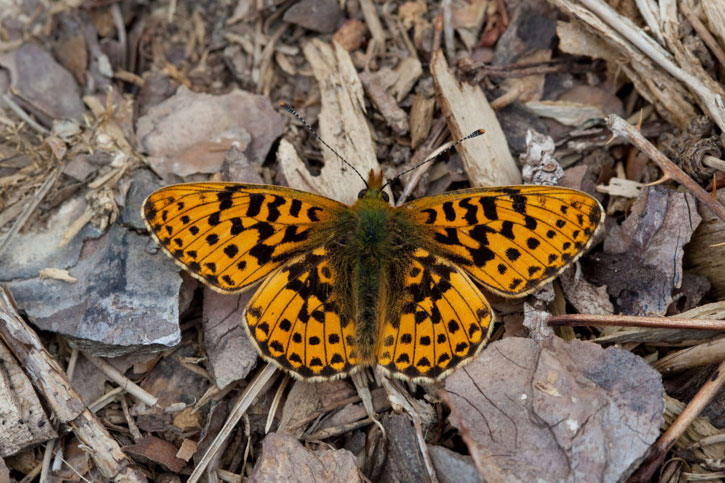 In partnership with Butterfly Conservation and volunteers, we’re monitoring the numbers and range of these two important species on Scotland's national forests and land.

It’s too early to say for sure, but butterfly enthusiasts – some of whom travel hundreds of miles to see chequered skipper, pearl-bordered fritillary and other rare Scottish species – tell us they’re recording increased numbers.

Where to see butterflies