The goshawk is one of our most striking and threatened birds of prey. A century ago, it was persecuted to extinction in Scotland. Today, however, goshawks are staging a remarkable recovery.

Thanks to careful conservation, there are now more than 100 pairs north of the Border. And nowhere are they more at home than in some of our biggest and most productive forests. 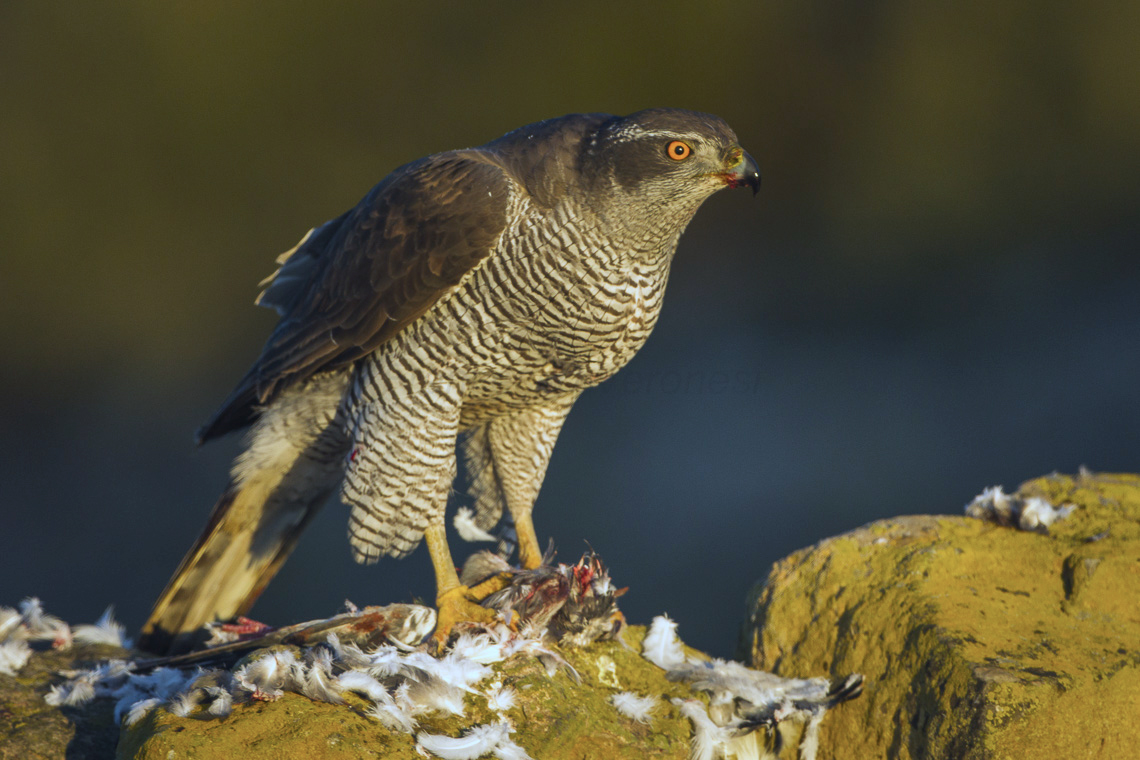 Some people question whether large working forests are good for wildlife. But among the stands of Scots pine, Sitka spruce and larch – with foresters and their big machines not far away – goshawks are thriving.

In fact, these magnificent raptors are actually faring better on the land we manage, where they are safe from illegal persecution. There is plenty of food – pigeons and crows in particular – but a key factor in goshawks’ recovery has been the way we plan our work in the forest.

First of all, we keep track of where goshawks live, so we don’t fell trees anywhere near known nest sites. Sometimes we have to stop work completely if we find a new nest. On a larger scale, some areas of the forest are retained as ‘natural reserves’ – especially for goshawks. No work takes place in these areas at all.

It’s a great example of productive forestry and conservation working hand in hand.

You might be surprised to learn that apart from the rare goshawk, many other iconic woodland species make their home in the working forest. Our foresters often see (or hear) Scottish crossbill, crested tit and capercaillie when they’re working, or find evidence of pine marten and red squirrel.

All of them benefit from forest management plans that ensure a variety of habitats with different ages and species of trees. We have areas of heavy thinning and light thinning, and create open glades within the forest. Even just by leaving the occasional dead stump, we are creating perfect places for small birds to nest.