The great crested newt is the largest of Britain’s three newt species but you’ll be lucky to see one. That’s partly because they're rare across the whole of Europe but also because most people don’t know where to look.

The 15 centimetre long amphibians actually spend most of their life on land, hunting small prey in damp grassland or leaf litter. Adults only return to small ponds to breed. 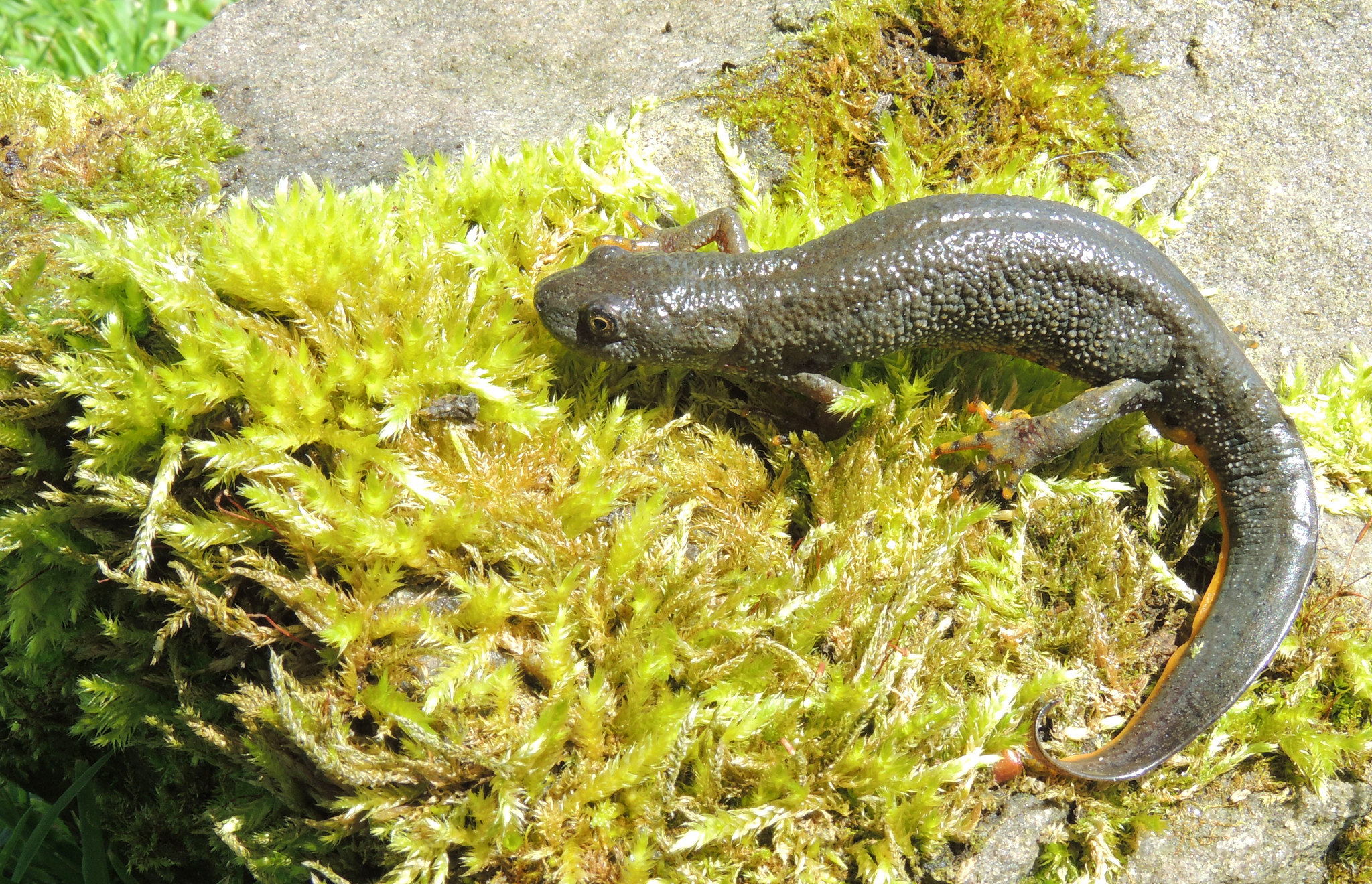 The great crested newt has several strongholds in Scotland. But even here, they’re being squeezed out by agriculture and development.

That’s why we’re committed to improving habitats on Scotland's national forests and land. Our work is planned to ensure minimum disturbance to the newts, particularly in the breeding season. But that’s not all.

Just ten miles from the centre of Glasgow, we’re working with teenagers to improve conditions for this rare creature.

East Dunbartonshire Council’s Positive Alternatives project aims to encourage young people into employment, education or training and away from the risks of addictions and antisocial behaviour. They've been working with Forestry and Land Scotland rangers after great crested newts were discovered in Lennox Forest in ponds created by old mine-workings.

We’ve thinned out some of the vegetation between breeding ponds to help the newts move about and forage. Meanwhile, the group have built hibernation piles for the newts, and have been involved in ongoing projects to clear invasive rhododendron.

The outcome has been good for the newts, but also for the volunteers. Of the 12 people who were involved, most have gone on to college or achieved a place in an industry training scheme. They all received John Muir Awards for their conservation work.