The pine hoverfly is one of the rarest species in Scotland. It used to thrive in pinewoods across the country but today can only be found at one or two sites.

You might not lose much sleep over the demise of a forest fly. But did you know that apart from being a surprisingly beautiful creature, the pine hoverfly is also on the list of animals that Scottish Ministers consider most important to biodiversity conservation? 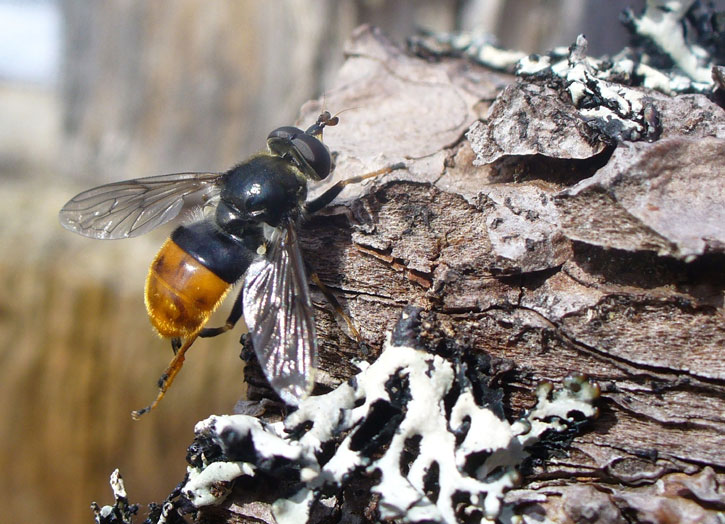 The main reason for the hoverfly’s decline is a lack of suitable habitat for its larvae, which develop and feed in the water that collects in rot-holes in Scots pine stumps. The trouble is that they prefer stumps that are more than 40cm wide – and there just aren’t enough of this size in Scotland’s forests today.

That’s why we’re working with ecologists to learn how to turn stumps of felled conifers into suitable breeding habitats. It’s really all about creating the conditions for the larvae to live in – what the experts call organic ‘soup’. 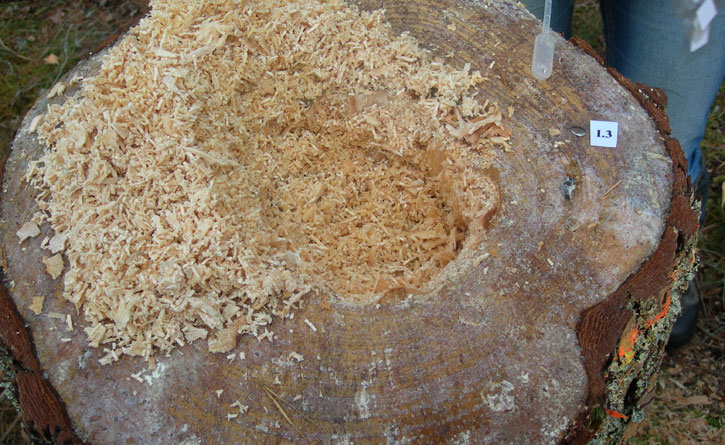 Rainfall tops up this unique aquatic habitat. The pine hoverfly larvae then feed by filtering microbes in the ‘soup’.

Eventually, the larvae emerge from the water, climb down the stumps and pupate in the surrounding vegetation. The adults are on the wing from May to August and feed on nectar and pollen from a variety of flowering plants.

Food for the pine hoverfly

They prefer rowan but have been observed feeding on other species, such as greater stitchwort, heath bedstraw, dog rose and a range of umbellifers. This means that if we can provide the best habitat for the larvae, the availability of food shouldn’t be a problem for the adults.

Our work at a site in Inshriach Forest in Strathspey is at an early stage and a population of pine hoverfly hasn’t yet become established. But we’ve found that other species of insect are using our man-made rot-holes, including the scarce furry pine hoverfly and the more common Myathropa florea.