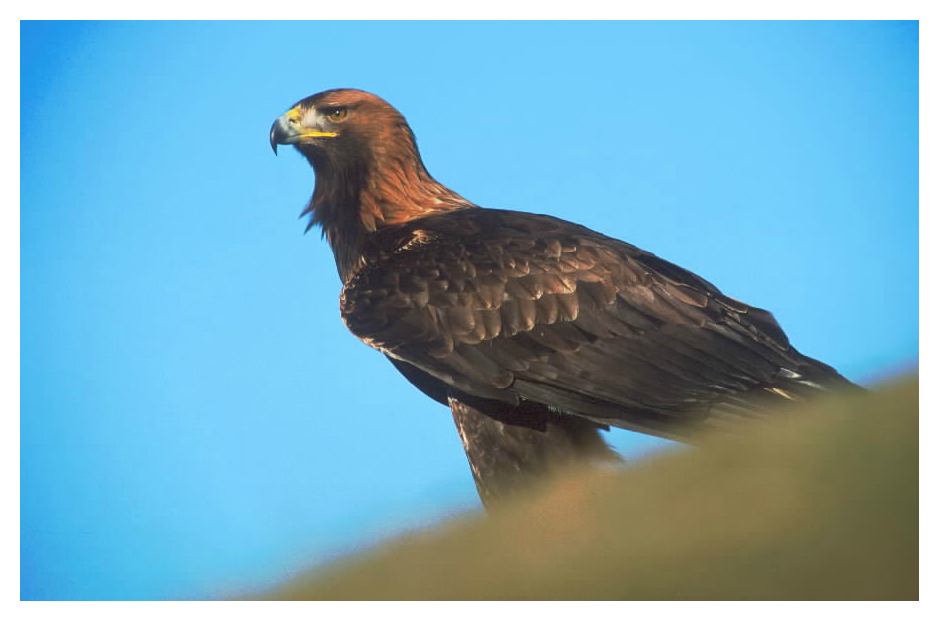 Golden eagles are the classic symbol of wild places. Scotland holds almost all the UK’s population of these magnificent birds, which glide over forest, moorland and mountain on long, powerful wings.

Although they hunt mostly in open ground, forests are important as sources of prey as well as material to build their large nests. We manage our forestry operations to create exclusion zones around golden eagle nests, and when we cut down timber or plant new trees, we make sure to leave open areas they can hunt for prey.

Golden eagles build their nests in remote, inaccessible places and are very sensitive to disturbance. They mate for life, with birds controlling territories where they might have two or three nest sites called eyries and several places to roost at night.

Male and female birds work together to build the nest, using branches, twigs and heather, and lining it with grass and rushes. They add to the nest each year: the record is probably a nest 15 feet (4.6 m) thick, which had been used for 45 years.

They usually lay two eggs, but the second chick to hatch has only a 20% chance of surviving. Young birds stay in their parents’ territory until the early winter, begging for food for as long as the adult will carry on feeding them.

They’re skilled hunters, but not particularly choosy about what they eat. Grouse and other mountain birds, hares, rabbits and snakes are all on the menu, and they’ll sometimes eat carrion (dead animals). Stories of them carrying off lambs, or even babies, are probably folk tales – a hare is about as much as they can carry. 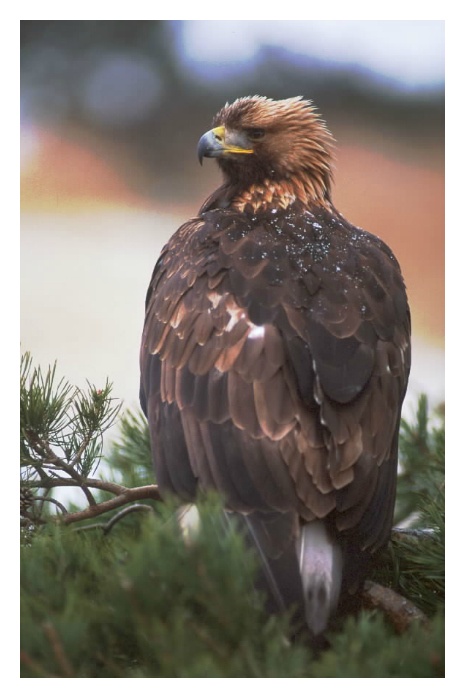 Golden eagles are here all year round. You’ve got to be lucky to see one, but you’ve got the best chance on calm, clear days: the sort of conditions that make for good hunting.

There are golden eagle territories in and around most of Scotland’s upland forests. Keep your eyes on the sky in Argyll, Galloway, and Glenmore Forest Parks, on Mull and Skye, and in Glen Affric.

Adults have glorious light golden brown plumage on their head, neck and shoulders. But if you see large, brown raptor perching on a fence post, it’s almost certainly a buzzard! Golden eagles are significantly bigger – their wingspan is the size of a door – and they don’t pose conveniently by the roadside. If you spot something high in the sky, gliding lazily with only the occasional wingbeat, and you think, “That’s very big!” you might have spotted Scotland’s most famous bird of prey.