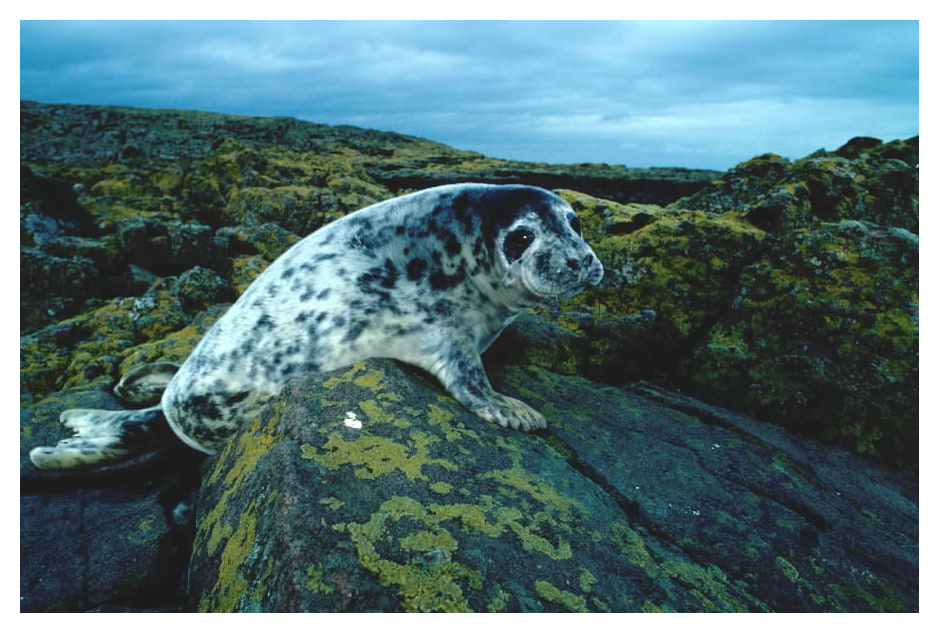 A forest might not be the first place you’d think of as somewhere to spot seals, but many of Scotland’s coastal woodlands are ideal places to watch these endearing and inquisitive creatures. Look out for two species of seal that live permanently around the Scottish coast: the grey seal and the common or harbour seal.

Both grey and common seals spend much of their time at sea, but come ashore to breed, moult (shed their skin) and to rest between fishing expeditions. You might spot them basking on beaches, sandbanks or rocks, or see their dark, glossy heads bobbing in the sea. They are curious creatures, likely to be as interested in you as you are in them.

Grey and common seals can be difficult to tell apart, especially from a distance. The grey seal is bigger, with a horse-like profile and a distinctive Roman nose with parallel nostril slits. The smaller common seal has a more dog-like face and nostrils that meet in a V-shape.

Both grey and common seals eat a variety of seafood, including fish, shellfish, squid and octopus. They will feed on whatever they can find, from cod and salmon to sandeels and shrimps – which can make them unpopular with fishermen!

Seals are warm-blooded mammals but perfectly adapted to living and hunting in the sea. They have streamlined bodies, with a thick hairy coat and a layer of blubber to keep them warm. They can look ungainly on shore, but seals are fast and agile in the water. Their large eyes, acute hearing and sensitive whiskers help them home in on their prey even in the murkiest sea. 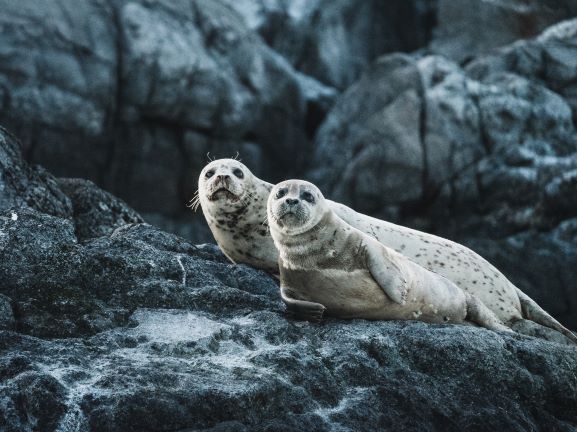 You can see seals swimming or hauled out of the water, either alone or in small groups, at any time of the year. However, grey and common seals gather in much larger groups at certain times of the year to mate, give birth and moult.

Grey seals mate and pup in Scotland between October and December, then moult from January to April. Common seals breed in June and July and moult soon after.

Despite their name, common seals are actually less common in the UK than their larger grey cousins. Both are regularly found on many of Scotland’s offshore islands, around most of the west coast and along stretches of the east coast including the Moray Firth.

Kylerhea Otter Hide on the Isle of Skye, where you are very likely to see seals and seabirds along the shore. You might also spot otters and dolphins.

Tentsmuir Forest on the coast of Fife, not far from Dundee. Wander through towering trees and rolling dunes to reach the shifting sands where seals regularly haul out.

Garbh Eilean Wildlife Hide on the shores of Loch Sunart. The hide overlooks the shore and several rocky islands, which are popular basking sites for seals. Keep your eyes peeled for otters, ospreys and sea eagles here too.

Culbin Forest on the Moray Firth. The waters stretching from Culbin to Findhorn are favourite fishing grounds for seals. 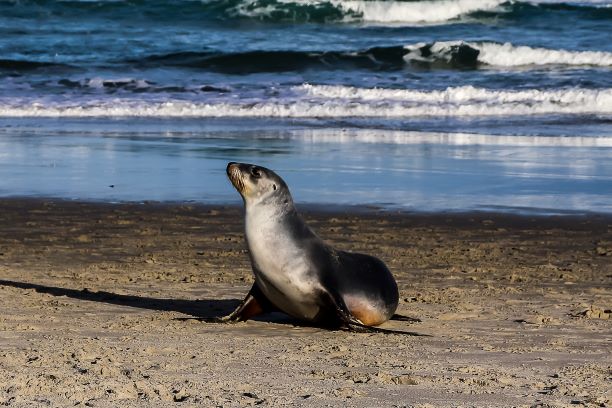