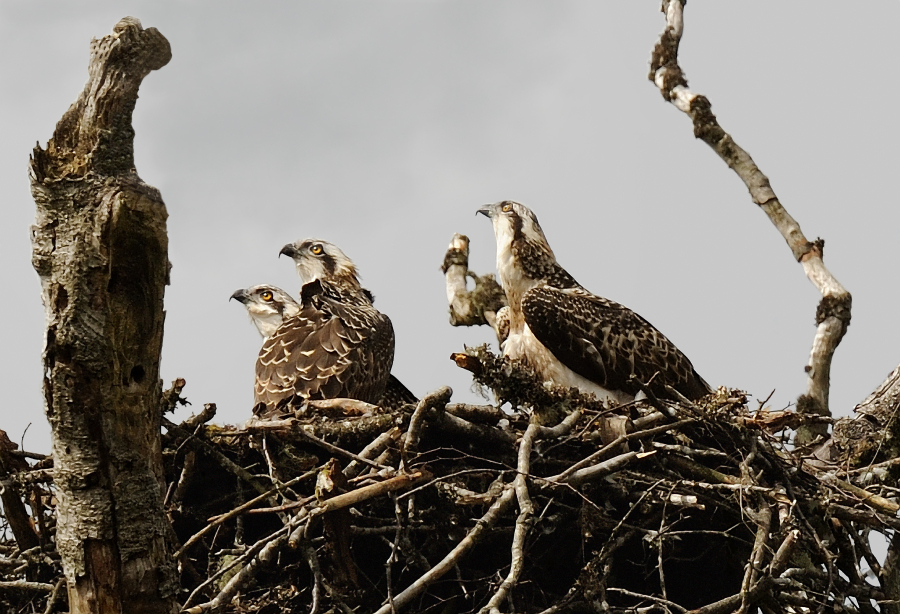 Ospreys spend the spring and summer in northern Europe, and the winter in west Africa. Satellite tracking has shown birds flying as much as 260 miles (430 km) in one day on their journey. There’s fossil evidence that ospreys were living in Scotland as the glaciers melted away, some 12,000 years ago. They became extinct in 1916, largely due to the mindless passion of egg and skin collectors, but they started breeding here again in 1954. Working in partnership with the RSPB and Scottish raptor study groups, we provide hidden nest sites for these fine birds and protect the forests around them.

They like to build their nest in the top of a large tree, usually a conifer. They’ll happily use an artificial structure, so in some places we build platforms in the tree tops to help them get started. They choose forests that are near clean lochs or estuaries where they can feed, but they’ll use small ponds too as long as they’ve got the right fish.

If they survive their journeys between Scotland and Africa they tend to come back to the same nest year after year: some nests have been in use for 20 years.

Medium-sized fresh water and sea fish. Ospreys glide and soar up to 230 feet (70 metres) above the water, looking for a fish, then plunge down to catch it and might dive as much as three feet (1 m) under water. To stop water getting up their nose, they can close their nostrils!

Between late March, when they get back from Africa, and August or September, when they leave again. 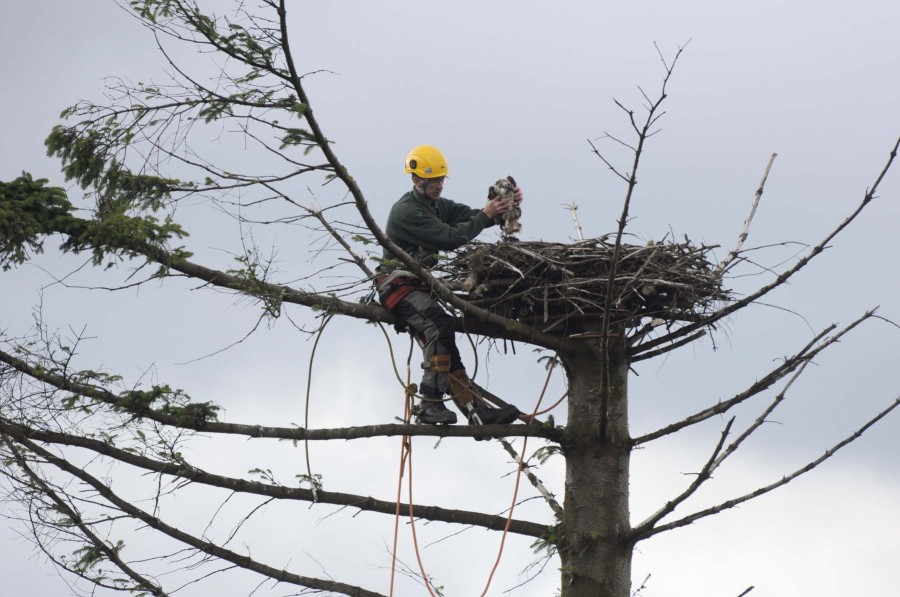 Adult osprey have a white head with a speckled crown and a distinctive black eye-stripe. The upper body is a darkish brown, while the underside is white with buff markings.