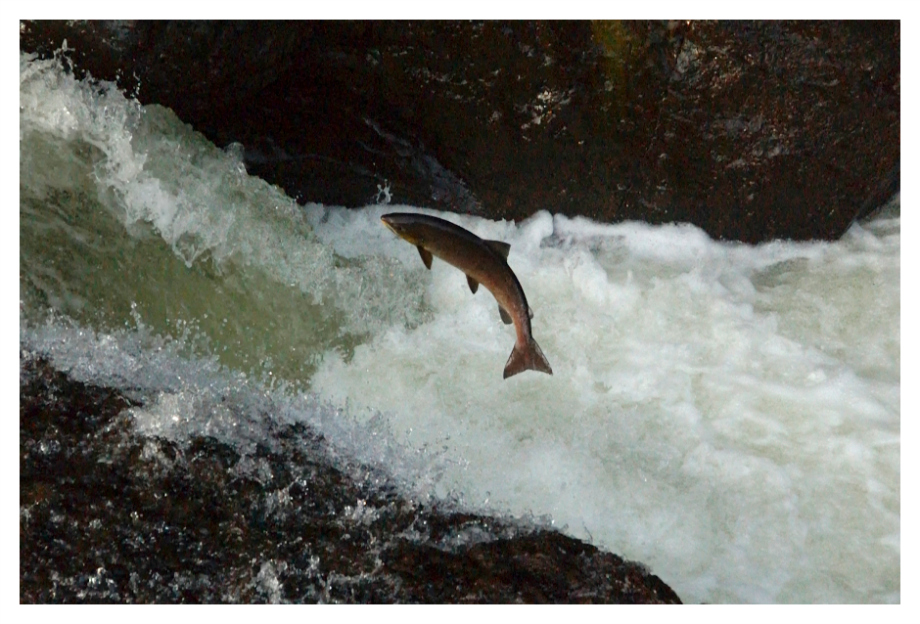 The story of the wild salmon is an heroic epic. After swimming hundreds of miles, it throws itself up impossible waterfalls to spawn in its home stream, using its sense of smell to find the exact gravel bank where it was born. Spent and exhausted, it usually dies soon after.

When rivers get blocked and streams silt up, the salmon's life becomes tougher still. We've been working with landowners on conservation measures to help the salmon, such as cutting out conifers and planting native trees, whose dappled shade keeps the young salmon cool. We’ve also built silt traps and removed obstacles in the rivers they use.

Young salmon live in freshwater rivers and pools until they’re between two and four years old. At this stage they’re called parr. At around 12cm in length the salmon undergo a physiological tranformation which allows them to survive at sea. The fish continue to change and develop their distinctive silvery colour and are now known as smolts. In late spring, those who have developed into this phase head for the open sea.

They return as adults to spawn, between one and four years later. This is when you're most likely to see them, as they swim upstream to the exact stretch of river where they hatched.

Young fish or fry feed on tiny organisms in the river, moving on to small insects when they’re about one year old – a stage called parr. They need cool temperatures, no sediment and good water flow. Riverside trees create cool shade and help prevent riverbank erosion, while silt traps keep the waters clear for the growing salmon.

You might catch sight of fry and parr all year round, but late summer and autumn is the best time to see leaping adult salmon. Early morning or evening are the best times, especially after heavy rain.

How do you know if you've seen one?

You could mistake a young fish or parr for a trout, but you'll know if you see an adult salmon – it's quite magnificent!

There’s a chance to see them wherever a salmon river runs through a forest. There are dedicated viewing places at Rogie Falls near Inverness (pictured) and the Falls of Shin in Sutherland. Galloway Forest Park has some excellent salmon rivers too. 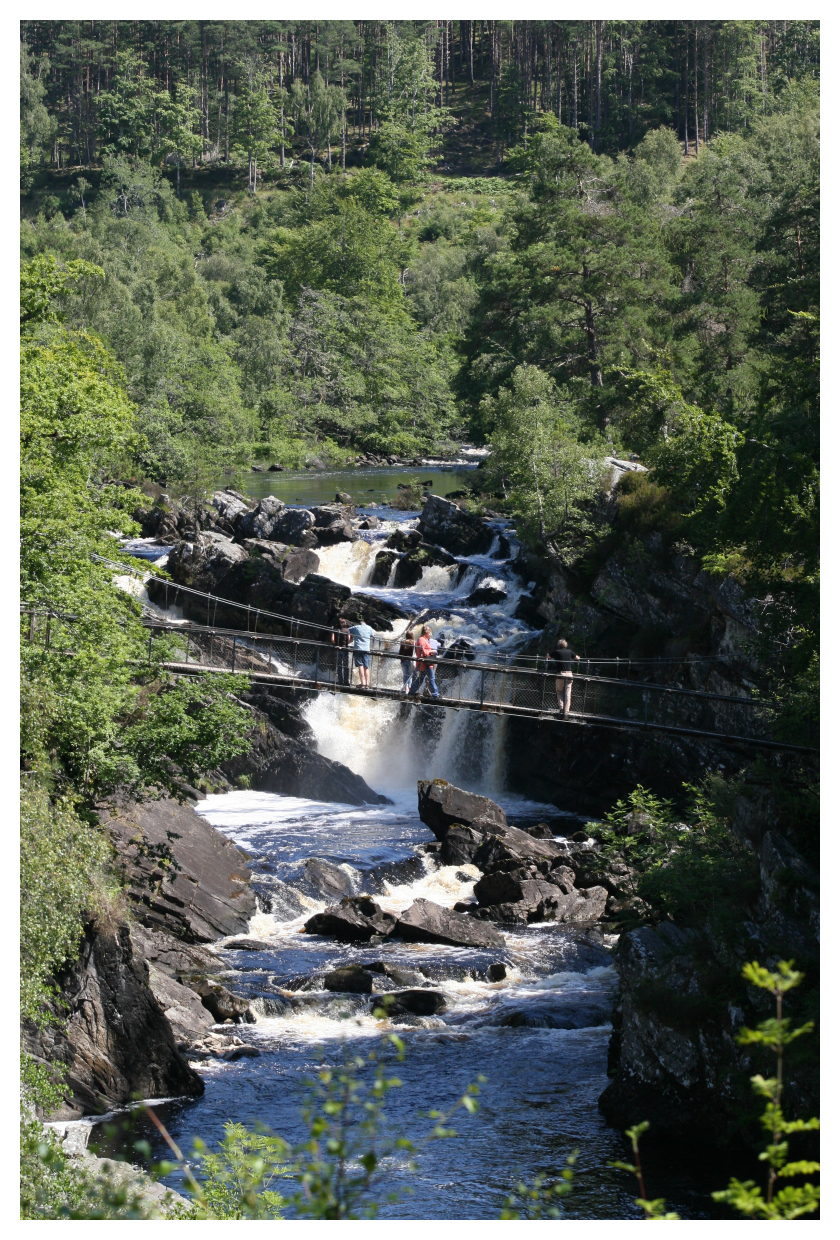