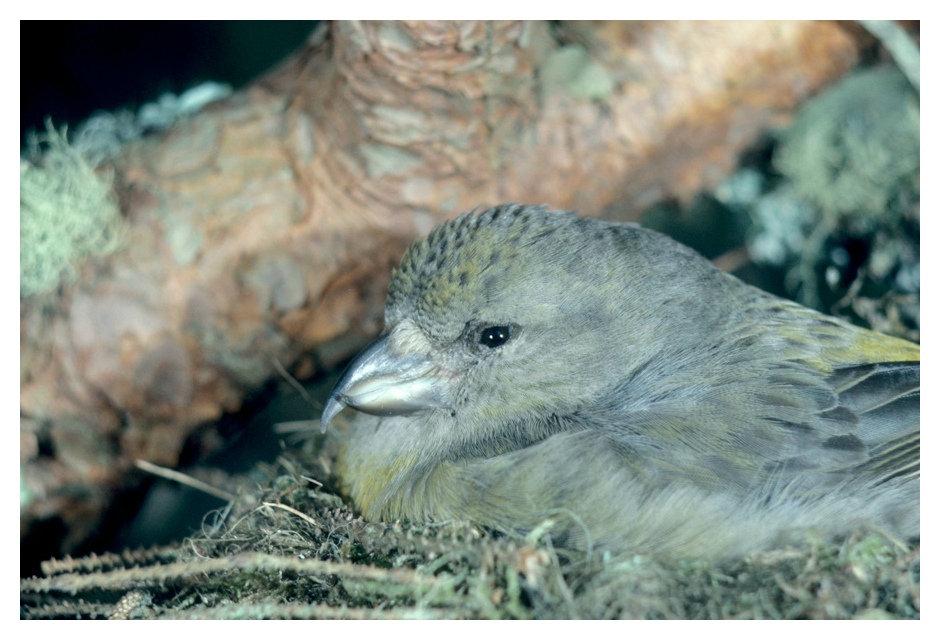 Three crossbill species live in our forests but only one is truly Scottish. It lives here all year round and, amazingly, scientists even say it may have a Scottish accent...

The Gaelic name for a crossbill is cam ghob (literally 'squinty beaked') and it's this clever tool which enables the adult bird to open conifer cones and extract their nutritious seeds.

And the accent? The clear metallic 'jip jip jip' calls of all three species sound identical to the human ear, but sonograms show the Scottish crossbill's call is subtly different – almost like an accent.

The Scottish crossbill lives in the pine woods and conifer forests of northern Scotland. It's Britain’s only endemic species, which means that you won’t see it anywhere else in the world.

Crossbills’ beaks are perfectly adapted for taking seeds from the cones of pine, spruce and larch. They particularly like Scots pine seeds, but will feed on whatever cones are most plentiful, wherever they are. We manage forests where the Scottish crossbill lives to make sure they produce a good and continual supply of cones.

They're in our forests all year round and most obvious when they're feeding. On winter and spring mornings you might see small flocks of crossbills clustering around ripening cones, or you could come across the discarded cones on the forest floor.

There are crossbills in the pinewoods and conifer forests of Sutherland, Moray, Banff and down into lower Deeside. You probably won't know if you've seen a Scottish crossbill unless you are very expert at identification or can record their calls – all three species look alike and a sonogram is the only reliable way to tell them apart.