This moorland was not meant to be lived on. It was a commonty; common land shared by the neighbouring landlords. People were allowed to use this land for free to graze sheep or cattle. They could also draw on its natural resources of wood, peat, stone and heather. It was not land for growing crops.

A plan of the commonty undertaken in 1845 by Alexander Smith. The original document is held at the National Archives of Scotland. 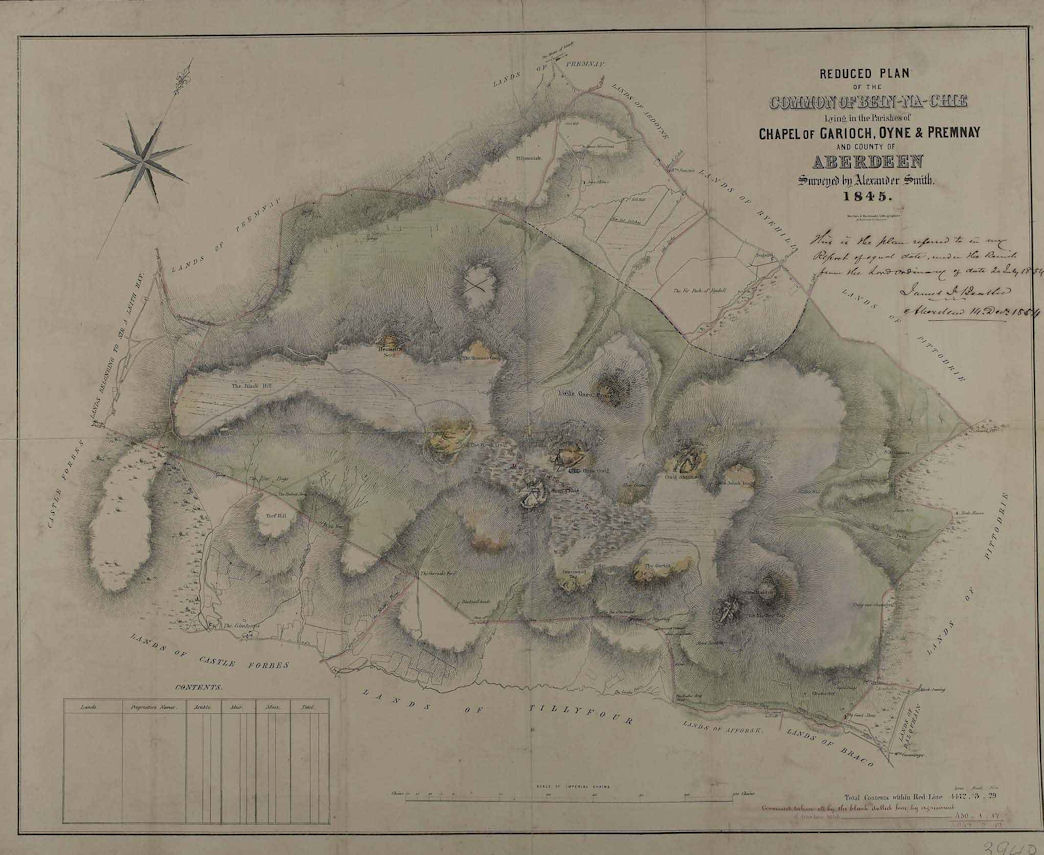 In 1801, while people were being forced off land elsewhere, one man decided to live on the rent-free slopes of Bennachie. Other families soon joined him and a farming community grew. In 1859, however, the landlords divided the ownership of the commonty and began to charge rent. Some families could not afford to stay, others were evicted, but a few remained and continued to farm.

This plan was drawn in 1858 by James Forbes Beattie and used by the eight landlords to divide the commonty between them. 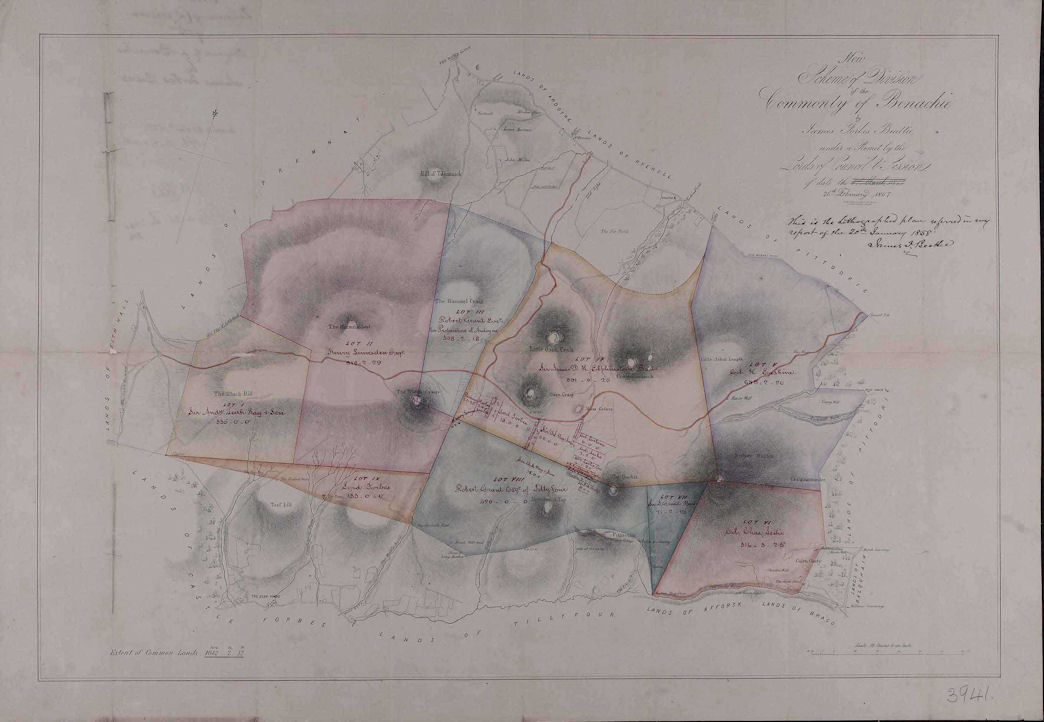 Several of the Colony houses have been excavated by archaeologists assisted by community volunteers and the Bailies of Bennachie. At “Cairn Coutie” (point 2 on the Colony Trail), the fireplace at the west end of the 8 x 5 metre building revealed the remains of the last peat fire burnt in the house.

Mixed within tumbled stones in the interior was a small amount of burnt material. It is possible that the roof was set on fire and the walls pushed in to force the house to collapse.

Each of the houses would have had its own kailyard, or kitchen garden, which produced vegetables and soft fruit. The remains of “drystane dykes” show where livestock grazed and crops were grown.

You can see the remains of the houses that belonged to this short-lived community by following the Bennachie Colony Trail. Download the free app and leaflet or pick up a leaflet at the Bennachie Visitor Centre.

The exact location of the Bennachie Colony is grid reference NJ 698 216.

The best place to start your visit is the Bennachie Visitor Centre.