At Kinloch Forest on Skye, you can visit the remains of the township known as Leitir Fura. 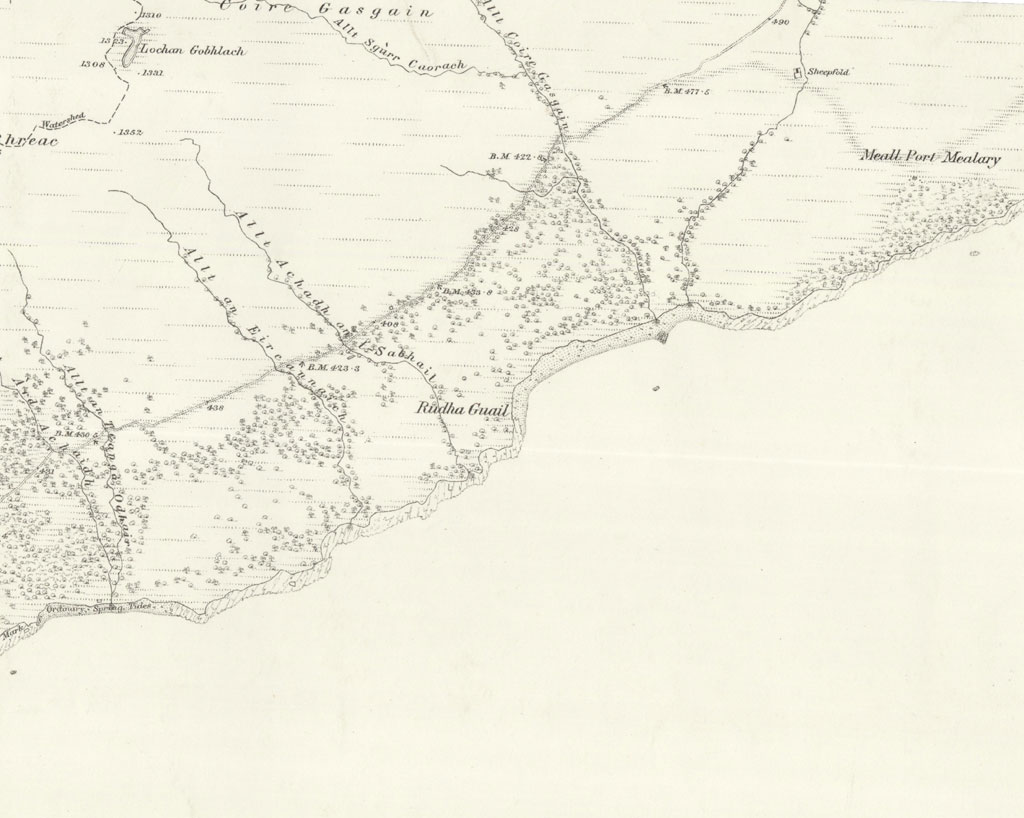 For hundreds of years, much of the island of Skye belonged to the chiefs of Clan Donald, Lord of the Isles. Tradition says that the land around Leitir Fura was granted to members of the MacInnes Clan from Morvern. Historical records show MacInnes tenants living at the township of Leitir Fura until the early 1800s.

You can still see the remains of houses, barns and enclosures at the site of the township. These buildings were located on either side of a drove road; a road for moving cattle across country to sell at market.

The township got its name from Fura Mhόr, a great oak tree that grew on the hillside.  This oak was rumoured to be so large that fifty people could sit under its shade.

However, one summer, children from the MacInnes family were playing in the woods. They lit a fire near the oak, which then caught fire and burnt down. As a punishment, the family was evicted from their home.

Site of the township

The township is located close to the coast. In addition to owning animals and growing crops, the people who lived there would have eaten fish and shellfish.

The coast here is rocky, making it difficult to land boats. However, there are two cleared boat slips not far from the site, which would have provided shelter for storing the boats.

Map evidence shows that the site was no longer lived in by the early 19th century. This was a time when many people left the island for a new life in the lowland cities of Scotland or in North America.

There was no forced clearance of the township, simply a drifting away from the harsh life of subsistence living.

The exact location of Leitir Fura is grid reference NG 731 158.