Dun da Lamh is located on a rocky hill at the north-east end of Black Craig. It overlooks the junction of Glen Shira and the River Spey to the north and Strath Mashie and River Mashie to the south.

The interior of the fort covers an area of some 4000 square metres. It is very uneven and includes several rocky outcrops. The east and south sides of the hill are steep and include some vertical crags.

The ramparts are built from small slabs. Part of the original face of the rampart survives above the rubble around all sides of the fort. It is best preserved towards the west end of the fort. The rampart is up to 7.5 metres in width and must have been an impressive fortification. 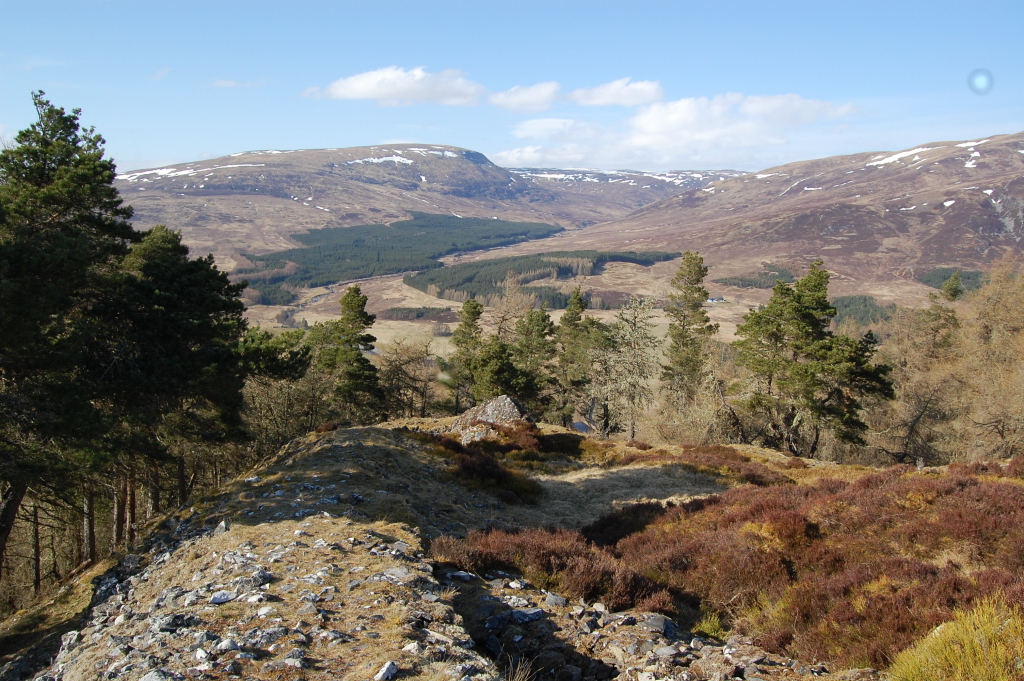 Although the fort has not been excavated, it has recently been archaeologically surveyed.

When Julius Caesar wrote De Bello Gallico in the middle of the 1st century BC, a first hand account of his Roman conquest of Celtic Gaul, he described contemporary Celtic hillforts, noting that: "they had secured a place admirably fortified by nature and by art."

This eloquent description captures the essence of a hillfort, the builders using both natural topography and well-built defences.

Hillforts were both defensive strongholds and clear statements of land ownership and tribal belonging. Pictish forts in the Highlands likely include the smaller fortified citadels of Craig Phadrig, Tor Dhuin, Dun da Lamh and Dun Deardail. However, few have been properly excavated or dated.

The best way to access the site is to park at Laggan Wolftrax (please note there is a fee for parking). We recommend you use a map to locate the site accurately. There are several potential routes into the forest.