Craig Phadrig comprises an oval vitrified fort forming a flat crown on the forested hill above Inverness. The defences consist of an inner, heavily vitrified wall spread to a thickness of about 10 metres. This encloses an area about 75 by 25 metres. An outer wall, also heavily vitrified, encloses the inner citadel and is terraced onto the slopes below. 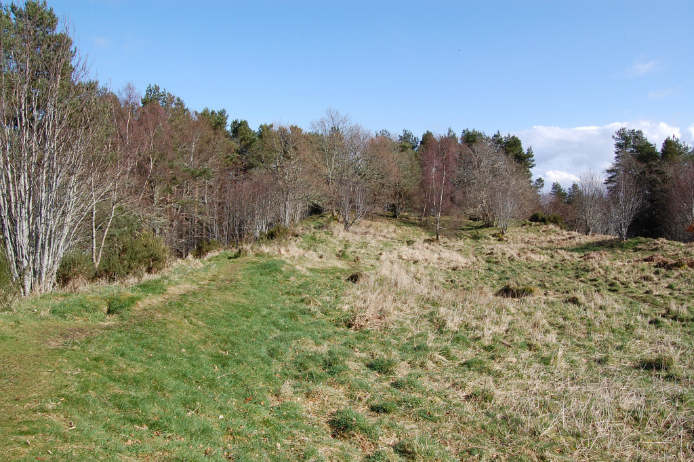 There is a protective outwork beyond the east arc of the outer wall. It is defined by a reduced turf-covered stony bank, which springs from the east corner of the wall. This runs north to rejoin it opposite the entrance through the inner wall. There is an entrance gap near its south end.

There are no visible traces of any structures within the fort. Although afforested, the fort is situated upon an impressive knoll, with great views out over the Beauly Firth.

The first hillforts in Scotland

When Julius Caesar wrote De Bello Gallico in the middle of the 1st century BC, a first hand account of his Roman conquest of Celtic Gaul, he described contemporary Celtic hillforts, noting that:

"they had secured a place admirably fortified by nature and by art."

This eloquent description captures the essence of a hillfort. The builders used both natural topography and well-built defences. Hillforts were both defensive strongholds and clear statements of land ownership and tribal belonging.

For details of how to access to the forest and the site, please see the Craig Phadrig web page.