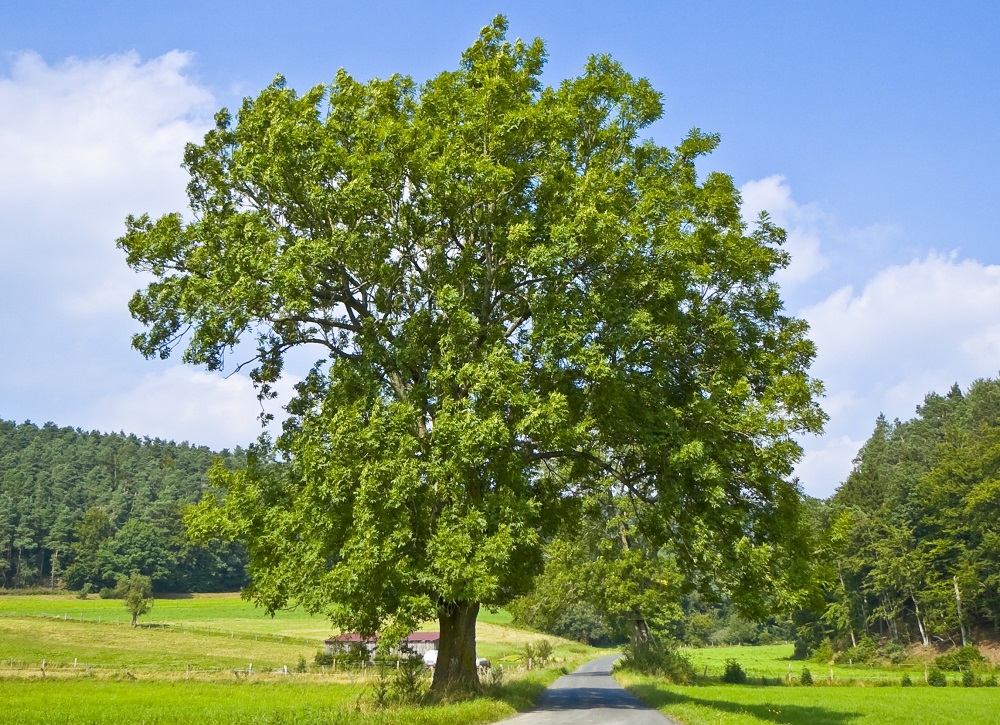 The ash tree - or Fraxinus excelsior - is a widely sought after native tree thanks to its naturally shock absorbing wood. For this reason, it’s popular for making tool handles, as it takes a large amount of force to make it shatter. These shock absorbing qualities are rivalled only by hickory wood from America. It’s also good to use as firewood.

Aside from its practical uses, the ash tree is also shrouded in mysticism - in Norse mythology it was considered the 'Tree of Life'. The ash tree was once thought to have healing powers, and could be burnt to drive out evil spirits.

The tiny village of Fortingall is renowned as the home of the Fortingall Yew, but this isn't the only famous tree in the vicinity! The nearby Glen Lyon ash is one of the largest and oldest of its kind in Scotland. The Perthshire tree’s impressive girth measures 6.4 metres and is estimated to be between 300 and 400 years old – exceptionally old for an ash tree.

The Glen Lyon ash is a good example of a technique called pollarding. This ancient method involves cutting the top off the tree to stimulate straight shoots, which are then harvested to provide a sustainable source of timber and animal feed. This pollarding may also be the reason the Glen Lyon ash has lived so long.

This imposing specimen stands in the grounds of Gordon Castle, in the Morayshire town of Fochabers. Age and size sets this particular tree apart from the rest. At its thickest, its girth measures a sizable 8.74 metres, and supports an impressive canopy of branches. The tree is thought to date back to around 1769, when the Fourth Duke of Gordon settled in the castle.

This intriguing and ancient tree at Bowhill Estate near Selkirk is thought to be one of the oldest ash trees in Scotland. Its once mighty trunk collapsed in on itself due to rot, yet it continues to thrive in its own quiet corner of rural Scotland.