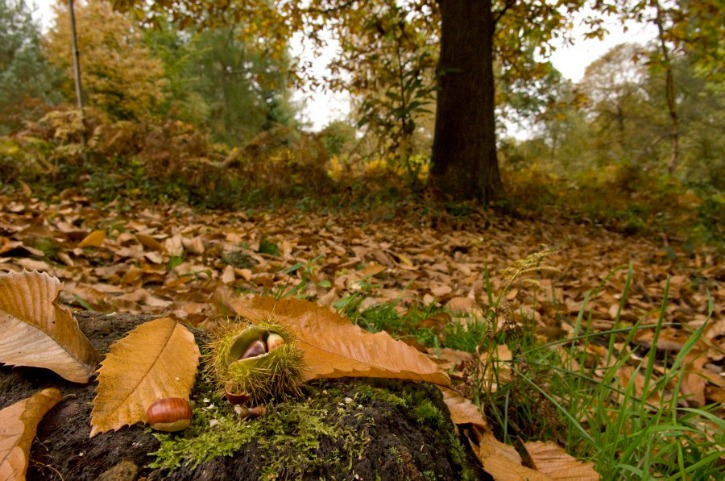 The Romans introduced this tree - named the Castanea sativa in Latin -  into Britain to produce the nuts which were ground up and made into polenta, a staple food of the legionnaires.

Roasted sweet chestnuts are tasty and nutritious, but most are imported as the British climate is too cold for them to ripen properly.