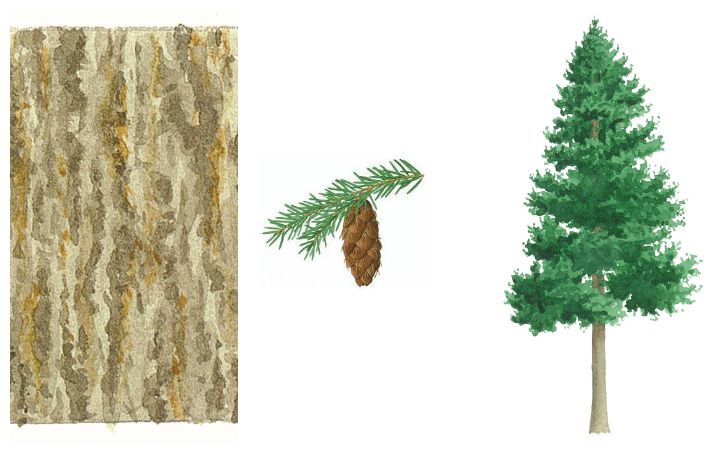 The majestic Douglas fir is named after Scottish botanist and collector David Douglas. In 1827 he sent the first seed from North America back to Britain. Its botanical name - Pseudotsuga menziesii – pays homage to Archibald Menzies, who discovered the tree in 1791.

Reelig Glen near Inverness is home to four of the tallest trees in the UK. The impressive Dughall Mor - Gaelic for 'big dark stranger' - held the record from 2005 until 2014. It was then beaten by an even taller neighbour at 66.4m.

Head to the Duke of Buccleuch’s Drumlanrig Estate and feast your eyes on one of the original firs David Douglas introduced back in 1827. The botanist’s brother worked on the estate as a clerk.

The Hermitage Douglas and the Dunkeld Douglas

Get two Douglas firs for the price of one at The Hermitage wood near Dunkeld. One of the trees is amongst the tallest in the UK, standing at 59 metres. The other, which stands next to nearby Dunkeld Cathedral, boasts a girth of seven metres.