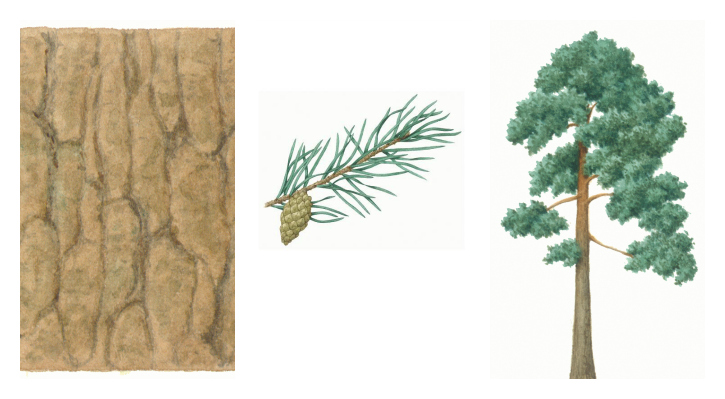 The Scots pine – or Pinus sylvestris – is Scotland's national tree. It is a native of the once extensive Caledonian pine forests and is the only timber-producing conifer native to Scotland.

It’s known as a pioneer species, due to its ability to regenerate and thrive in poor soils. You can find the Scots pine further afield too - it’s extensively planted in Europe and beyond.

Scots pine timber is known as ‘red deal’ and is strong and easy to work with. It may not be naturally durable but it takes preservatives well.

The Fairy Tree at Doon Hill

Reverend Robert Kirk became intrigued by the supernatural and in 1691 published a book called 'The Secret Commonwealth of Elves, Fauns and Fairies – uncovering the secrets of a mystical underworld'. Legend has it the fairies weren’t too pleased and, just a year later, the reverend fell down and died on Doon Hill. It is said his ghost still wanders here, close to the old Scots pine. There’s a cloutie well here too, where people can hang their wishes scrawled on rags.

King of the Forest at Muirward Wood, Perthshire

From the supernatural, to the super impressive. A Scots pine in this forest holds the title of largest trunk in the UK. It's 31 metres tall, six metres across its trunk and is easy to spot thanks to its distinctive trunk which splits into three.

This remarkable specimen, on Finzean Estate in Aberdeenshire, formed a natural arch when a branch from one Scots pine grafted onto its neighbour over 100 years ago. Today it stands in a proud ‘H’ shape.