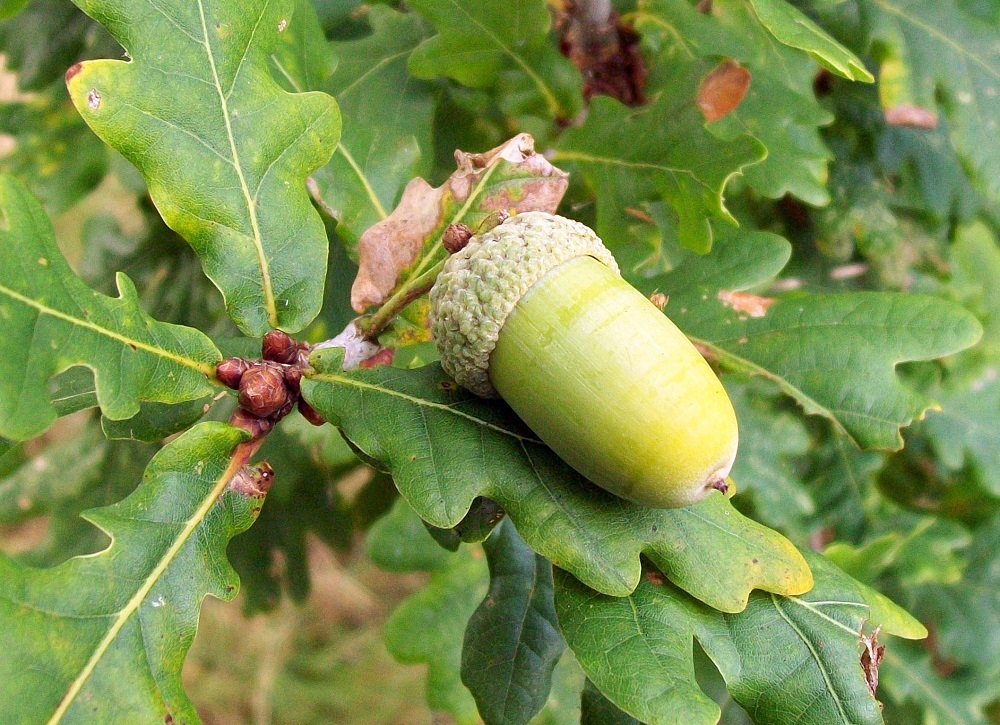 The oak tree once formed a third of all tree cover in Britain. An important tree, the oak was once held sacred by the Druids, and has always had many practical uses. There are two main species of oak – the English or pendunculate oak, known in Latin as Quercus robur, and the sessile oak, called Quercus petraea.

This ancient tree stands on the western bank of the River Tay. The wood to which it once belonged was immortalised in the words of Shakespeare in the play Macbeth. Its long horizontal limbs reach out from its sizable 5½ metre girth.

The much-loved Scottish fiddler Neil Gow (1727-1807) is said to have composed many of his melodies whilst reclining against this old sessile oak. You can find this one on the banks of the River Tay too, just 20 minutes walk from the Birnam oak.