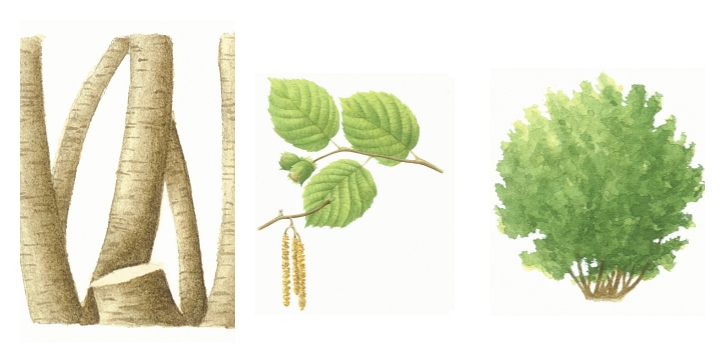 The botanical name for this native broadleaved tree is Corylus avellana.

It is well known for its long catkins heralding the first sings of spring. These catkins are the male flowers, full of windblown pollen. Look closely and you may see the tiny red female flowers that look like sea anemones and turn into nuts, oh hazel nuts! You might come across twisted, spiral stems. These are caused by winding honeysuckle.

In the west of Scotland and sheltered gullies further east, hazel is home to some of the rarest species of lichen, liverwort and moss.

These rare plants need a succession of different sized stems in close proximity so that some species can colonise the smooth bark of young stems and later, a whole suite of other species can grow on rougher texture of older, larger stems. If you live in the west of Scotland, or visit this area, you’ll notice that only the very youngest hazel stems are ‘nut brown’. They soon colonise with silver lichens – even within the bark and then acquire dots and squiggles that look like markings on a map. Older stems then support frilly purple liverworts and large brown, green and grey lichens – some of which smell of rotten fish, others smell like TCP ointment. One even looks like octopus suckers!

Use a magnifying glass to explore the rare species calling hazel home. 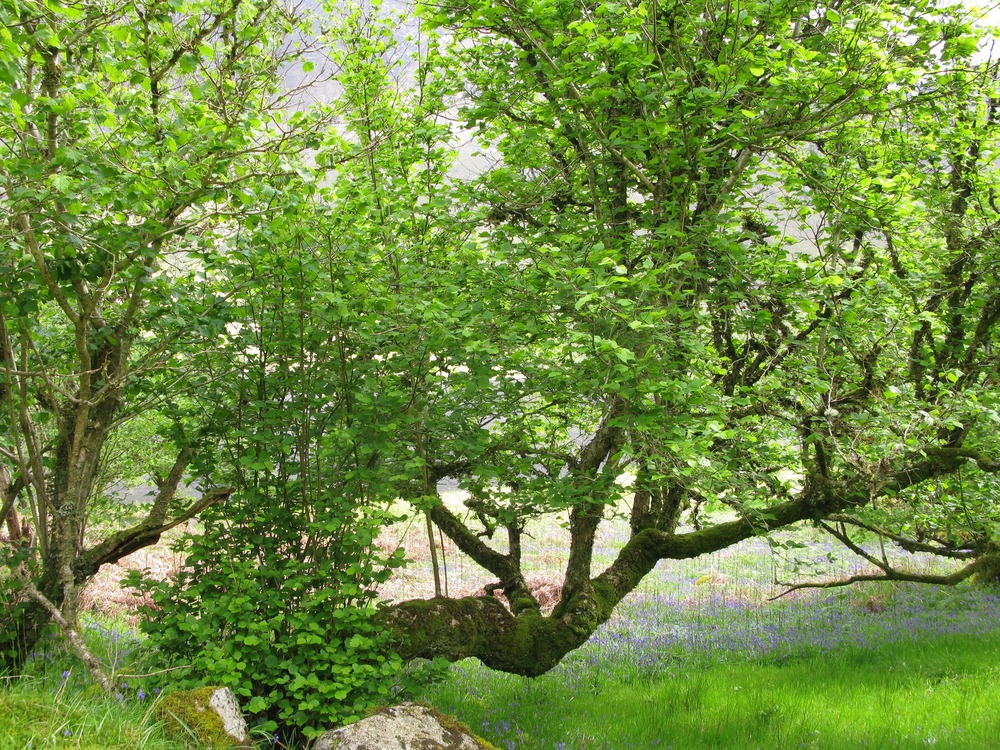