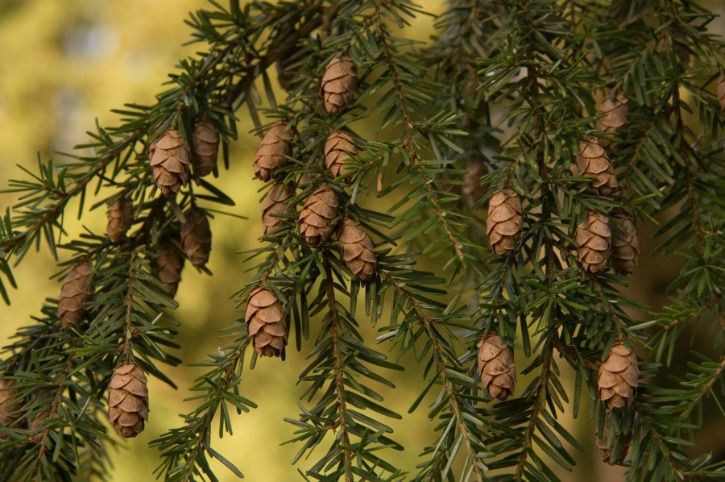 The graceful western hemlock - Tsuga heterophylla in Latin - was introduced to Scotland during the 19th century for ornamental purposes. It has also been used commercially on a small scale. Its tolerance to light shade allowed it to be planted under old broadleaved trees. However, it is susceptible to butt rot and this practice has mostly stopped.